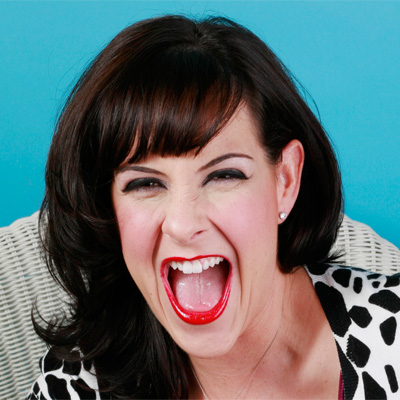 Jason Manford’s tour support and multiple Canadian Comedy Award nominee for Best Female Stand-Up – Allyson June Smith – has credits from across the water including her own hour long Comedy Now special, appearances on CBC Radio’s hit show The Debaters, and has headlined at the Winnipeg, Halifax and Just For Laughs Festivals.

A self-confessed “over-sharer”, any Allyson June Smith show inevitably serves up a potent observational cocktail of wit, bite and shame. Which means you’ll typically find her after the show, with a line of eager fans queued up to talk with her, to confess to her or to share some comically grisly detail from their own lives. Courageously self-deprecating, Allyson’s comedic gift is making every room, whatever the size, feel like an intimate group therapy session. That intimacy, that uncommon bond between audience and performer is at the heart of Allyson’s magic as a comedian. Like the most relatable actresses working today or your very best friend, she finds a way to connect with everyone in a room, be they from southeast Asia, the U.K. or North America.

“Simply one of the funniest comedians I’ve ever worked with,” praised Jason Manford, following a string of support dates.

Other A-listers Allyson has been called to share the stage with include Katherine Ryan, Stewart Francis, John Bishop, Stephen Merchant, and Samantha Bee (The Daily Show).