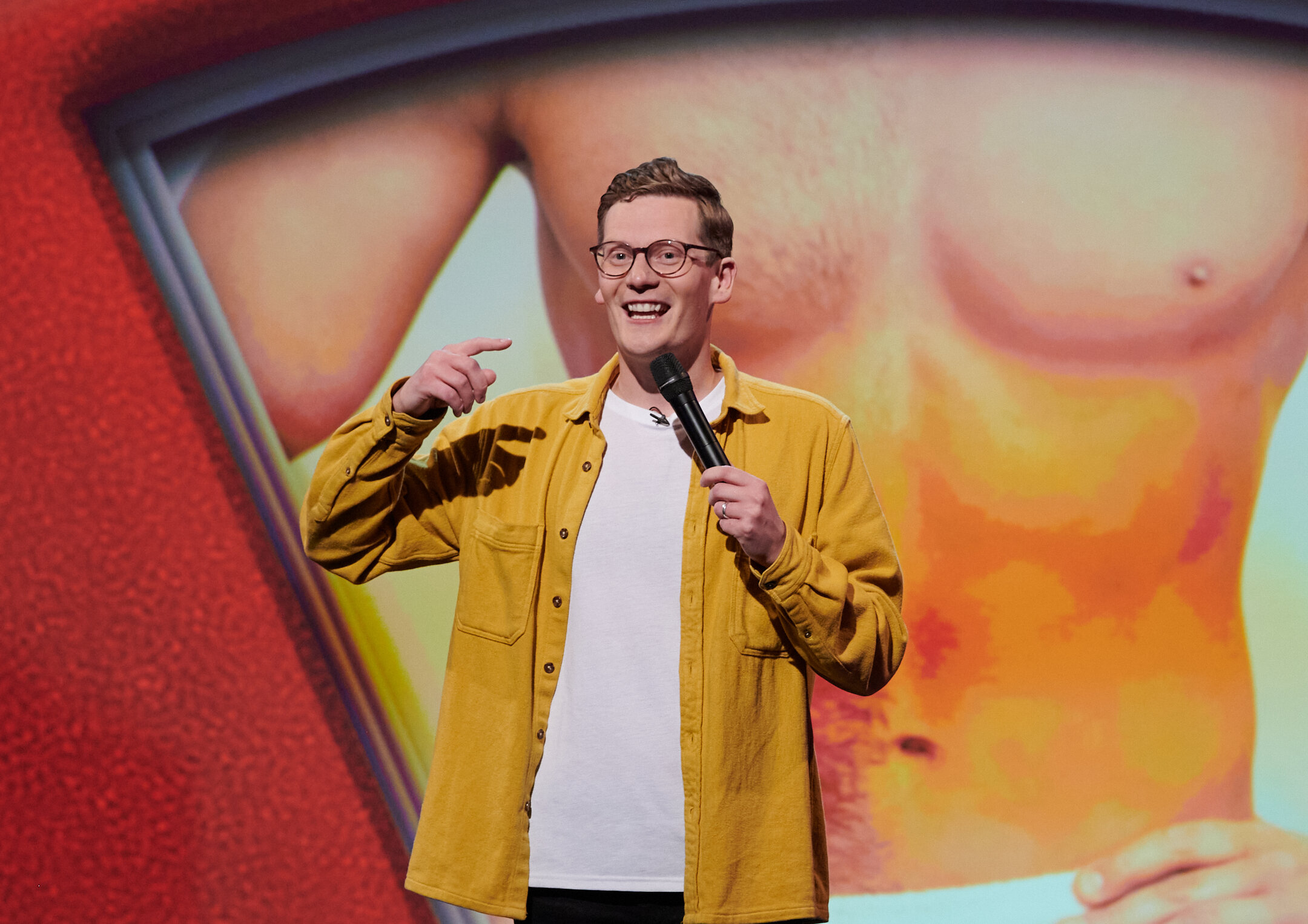 He stars in the Michael-Winterbottom-directed-Kenneth-Branagh-starring drama This England (Sky Atlantic).

On stage he is “wonderfully cheeky and engaging” (Three Weeks), and is “a phenomenal comic – utterly hilarious” (Broadway Baby).

He has performed four solo shows at the Edinburgh Festival, his debut in 2016 received glowing reviews including ★★★★ from the Sunday Times. The show was later adapted into a half-hour recording for BBC Radio Wales, as ‘Robin Morgan: Proposes‘.

Robin’s third solo show was filmed at the Edinburgh Festival in 2019 and is available to watch on Next Up Comedy. His fourth show, ‘Snip Snip, Bitch’ tours the UK in 2023.

Robin is also a seasoned comedy writer for television and radio, with credits including Have I Got News For You (BBC One), The Mash Report (BBC Two), 8 Out of 10 Cats (C4), Too Hot To Handle (Netflix), The Great Pottery Throw Down (Channel 4), Late Night Mash (Dave), Hello America (Quibi), Blind Date (C5), the MTV European Music Awards (MTV), among others.

He is also a television warm-up artist for programmes such as The Graham Norton Show (BBC One).