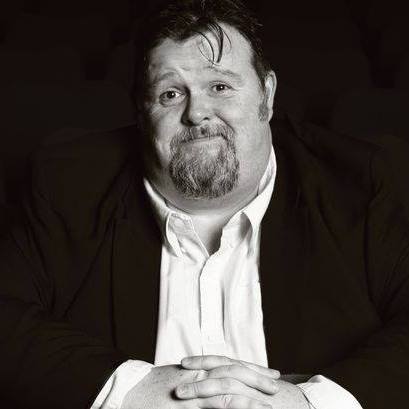 Returning to stand up after a 8 year break as a Pro Wrestler has found Steffen a little older, wiser and bigger than before, but still ready to find the lighter side of any subject or audience member thrown at him. Prior to his time away Steffen had been performing for several years in the North of England.

An original member of Newcastle Upon Tyne’s “Near The Knuckle” team with such luminaries as Anvil Springstein, Vladamir McTavish, Gavin Webster and Ross Noble, he brings a different approach to whatever venue he performs at. With Ross Noble, the two wrote and performed sketches on ITV’s children’s Saturday Morning show Gimme 5 for a season as well as doing a health and fitness show called Burst! for ITV as well as numerous regional shows in the North East.

Now back doing stand up he is one of the regular comperes at the Funny Bones chain of clubs in the North East as well as getting booked as either a 20 to 30 minute slot or as MC in other clubs. He is the worlds first Fat Mime artist and has recently won the Literature North East’s “New Word Order Slam”